Studying ahead for Organic Chemistry this Fall semester is a good way for reaching and maintaining a great grade in this class.  Most students find the pace of this class very challenging compared to other courses.  This is because while there is a lot of information to learn, it also builds on previous concepts from general chemistry, a course most students want to forget!

But don’t worry!  StudyOrgo has you covered.  Our Editors have spent years tutoring and teaching Organic Chemistry to students and we have seen all of the pitfalls common to the first few weeks of the semester.  Our online platform allows members to learn organic chemistry concepts and mechanisms quickly and the material presented in an easy-to-follow format. Follow along with us and sign up with StudyOrgo today to help prepare you for all of your Organic Chemistry questions.

One of the concepts you will need to have mastered before you  begin the class is Intermolecular Forces.

Permanent covalent bonds hold atoms together by electrostatic interactions between atoms. But these bonds can be very different. As such, molecules are held together by electrostatic forces between the molecules built upon the type of covalent and ionic bonds in the molecule.  These interactions have been characterized on the electronegativity difference between the types of atoms in the molecule and are classified as three different types 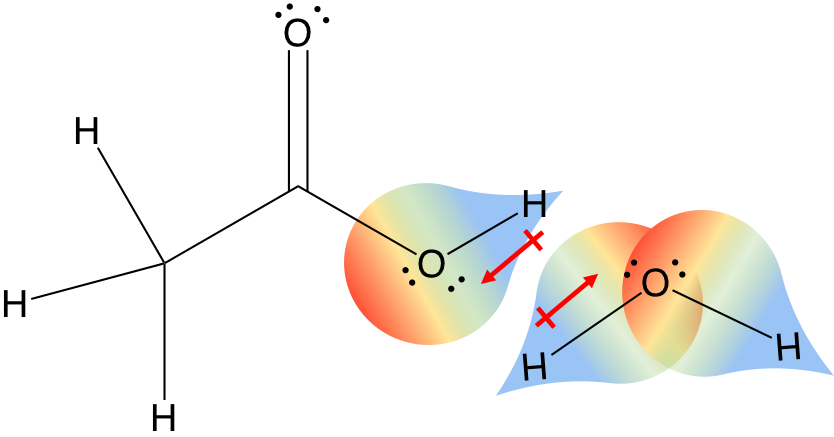 This can happen for any molecules in solution, therefore protic solvents (such as ethanol) can form hydrogen bonds with itself while aprotic solvents (such as methylether) cannot. The result is easily seen in boiling point, which is 78C for ethanol but -23C for methylether.  One rule is that hydrogen bonds must be planar to the hydrogen donor an acceptor, so there are some constraints on structure.  This is what gives DNA its helical shape, which you will encounter in another course.

These obscure forces are best described as very weak, very temporary dipole moments between non-polar covalent bonds.  Let’s look at butane, an alkane.  There is a temporary flow of electrons between each C-C bond and for an instant, a net dipole between each C-C bond.  This allows for temporary interaction with a neighbor molecule that has the opposite temporary dipole, and so on.  The effect is thousands of weak dipole interactions that add up to a large force, and the basis for what we refer to as hydrophobic interactions. 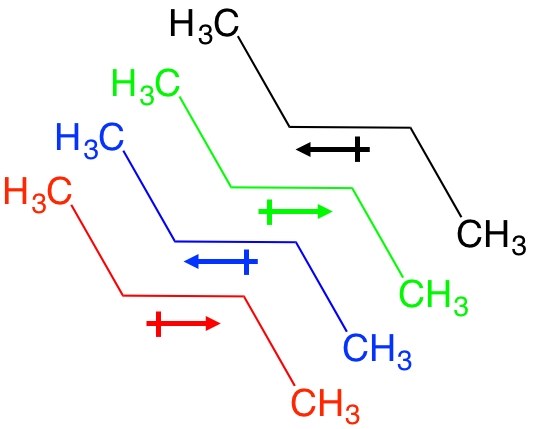