Many of our students are unclear on a number of key terms that will be necessary to move forward in organic chemistry.  We have compiled a list of commonly misunderstood terms and explain them here.  With this review, our quiz mode review of all of the reactions you have learned and descriptions from StudyOrgo.com, you will be sure to boost your final exam score and get a great grade in your class!

Isomers – There are two types of isomers in organic chemistry. 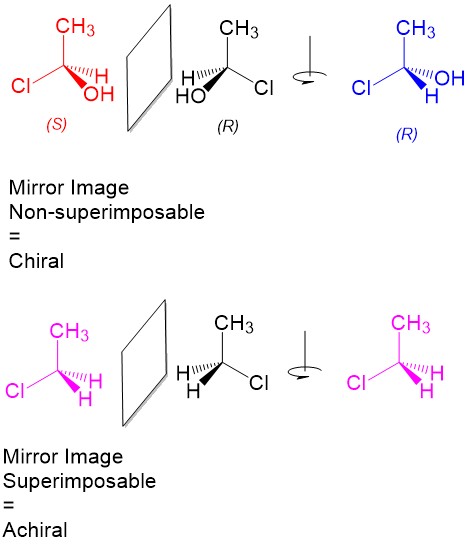 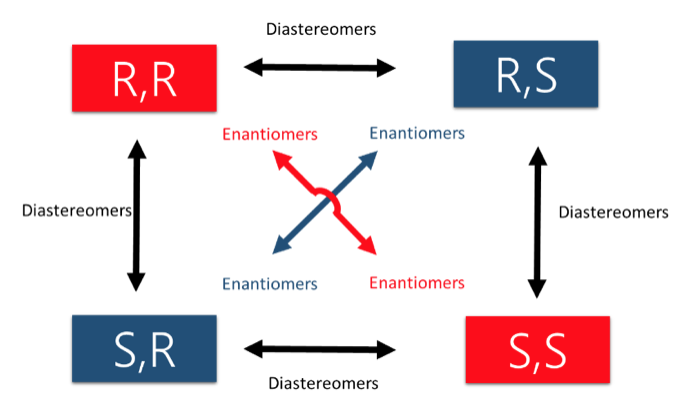 Newman Projections – A way to visualize different rotational conformations of substituent comparing two carbon atoms that looks down their C-C bond, thus showing the alignment of the substituents. 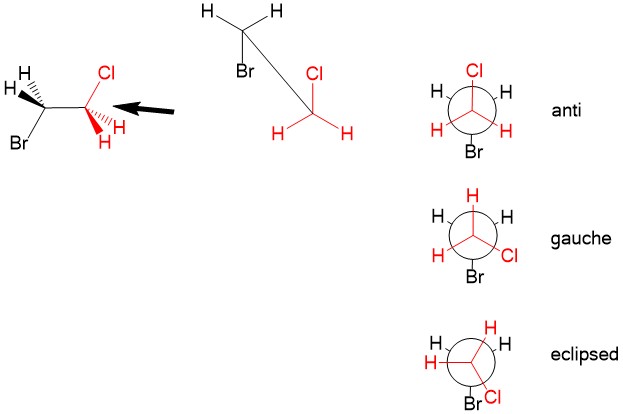 Intermediate Terms – describes intermediates that are key to reaction progression.

Chirality and Assigning Stereochemistry to Molecules

Chirality is an important aspect of life.  This is so because many of the basic molecules used in living cells, in particular amino acids that form enzymes, are also chiral. Chirality imparts asymmetry on our molecules, allowing them the ability to recognize “handedness” and further add to the complexity and specificity of reactions. As organic chemists, we must pay constant attention to the chirality of molecules both before and after reactions, less the compounds lose their biological or chemical activity.

In order to determine whether the sterecenter is the the R or S configuration, there are a series of steps to follow. 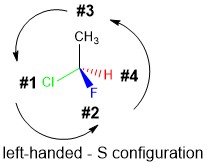 We now introduce the last concept to stereochemistry which is the difference between enantiomers and diastereomers.  Enantiomers are molecules with exactly opposite stereoisomers.  For example, the enantiomer of the molecule with stereochemistry R,R would be S,S.  The relationship between molecule R,R and R,S is what is described as diastereomers, which differ in some but not all stereocenters.

Let’s consider the biologically active form of testosterone, 5-DHT which is shown below.  We indicate that it has 7 stereocenters in the molecule.  Applying the 2n rule, we calculate 128 possible stereoisomer combinations.  That concludes that while testosterone has 1 enantiomer, it has 126 diastereomers and remember…only 5-DHT works on our bodies!