Lipids are any complex chain of hydrocarbons that may or may not contain additional functional groups. Some common classes of lipids are fatty acids and triglycerides, waxes, terpenes and steroids; examples of which are shown in Figure 1. 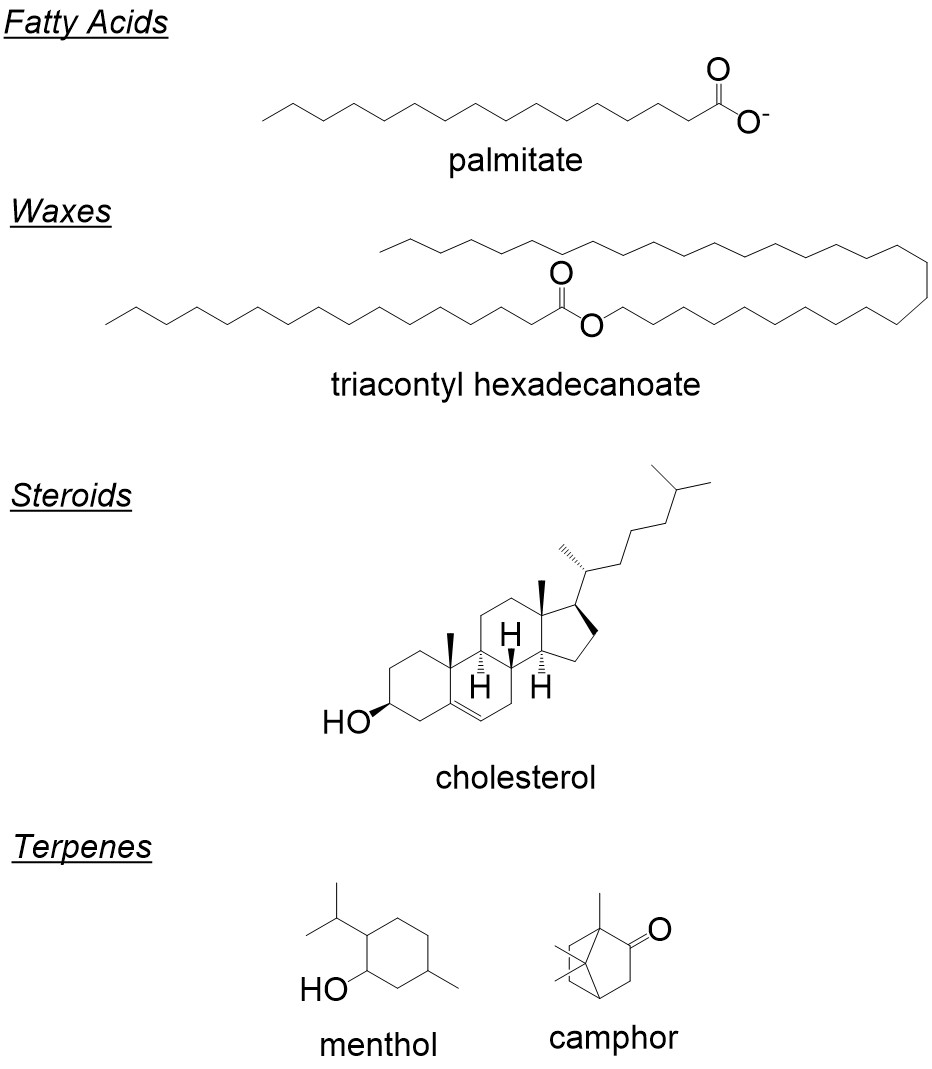 Most lipids usually consist of a long hydrophilic tail coupled to a polar head group that undergoes reactions to elongate or shorted the hydrophobic tail.  We will cover some common organic chemistry reactions with each of these classes of lipids.

Complex lipids are capable of undergoing hydrolysis reactions.  The basic unit of a complex lipids are fatty acids, which are made up of a hydrophobic tail coupled to a carboxylic acid head group (Figure 2).  The length of the carbon chain denotes the lipid name.  In addition, the number of double bonds, or degree of unsaturation, also influences the name.  In biology, naturally occurring double bonds will always be found in the cis- configuration.

Hydrogenation of alkene groups to alkanes occurs at high temperatures, such as in deep fryers for cooking, and this side reaction leads to the isomerization of the double bond to the trans- conformation, hence trans-fatty acids.  These lipids are toxic in high quantities because they are unable to be metabolized by the cell, thus accumulating and undergoing oxidation reactions over time and theorized to promote inflammation and metabolic diseases.  Coupling of a fatty acids to the alcohol groups of glycerol forms the complex lipid, triglyceride (Figure 2).  This reaction occurs enzymatically in the cell but closely resembles the mechanism found in acid-catalyzed Fisher Esterification.

Steroids are an integral part of cellular biology but are classified as simple lipids because they cannot be hydrolyzed (i.e. they do not have reactive carbonyl or carboxyl groups).  A lipid molecule having a tetracyclic shape in the arrangement similar to cholesterol is classified as a sterol.  Cholesterol serves as the building block of all steroids and substitution, addition and elimination of functional groups derives the variety of steroids found in the body. Cholesterol is synthesized from the 5 carbon lipid molecule isopentenyl phosphate.  Condensation of isopentenyl phosphate forms geranyl phosphate (10C) and farnesyl phosphate (15C) in a reaction mechanism that involves allylic carbocation and tertiary carbocation intermediates (Figure 3).  Condensation of two farnesyl phosphate molecules forms the 30 carbon intermediate squalene, which in several steps is converted to cholesterol.  Two important examples of steroids are the sex hormones found in humans, estradiol and testosterone, which regulate a wide range of biological functions. 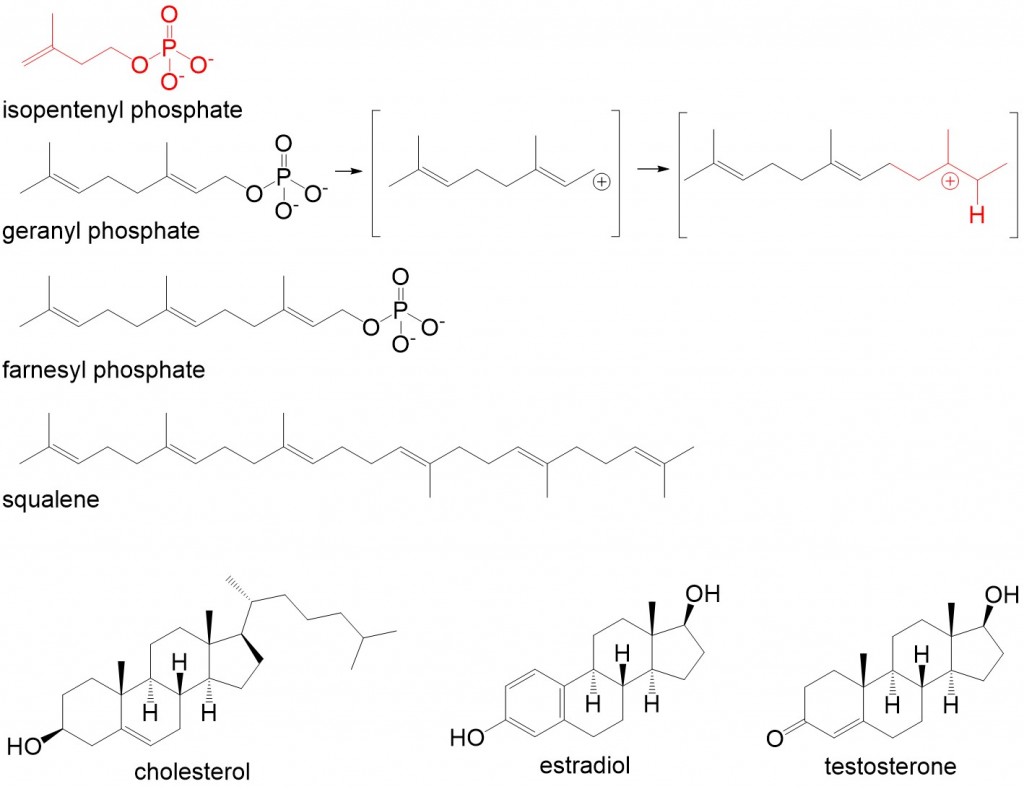